On the occasion of the national exhibition Les Pléiades / 30 years of the FRAC in Toulouse, Les Reflets by Franck Scurti “illuminate” the public, from Toulouse Matabiau station to the Abattoirs / FRAC Midi-Pyrenees, thanks to the support of A company at the heart of its region: Laboratoires Pierre Fabre.

Les Reflets, from station to museum, invitation to a journey 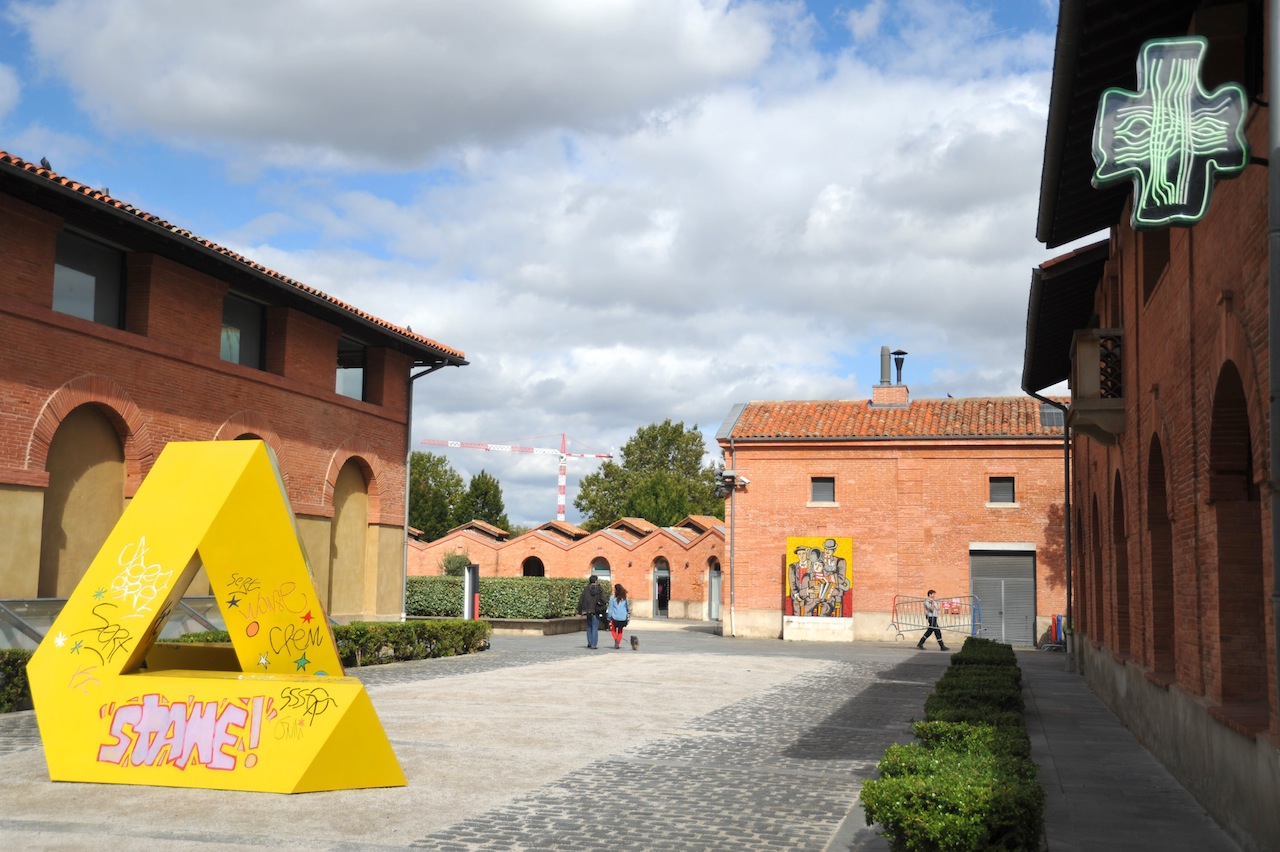 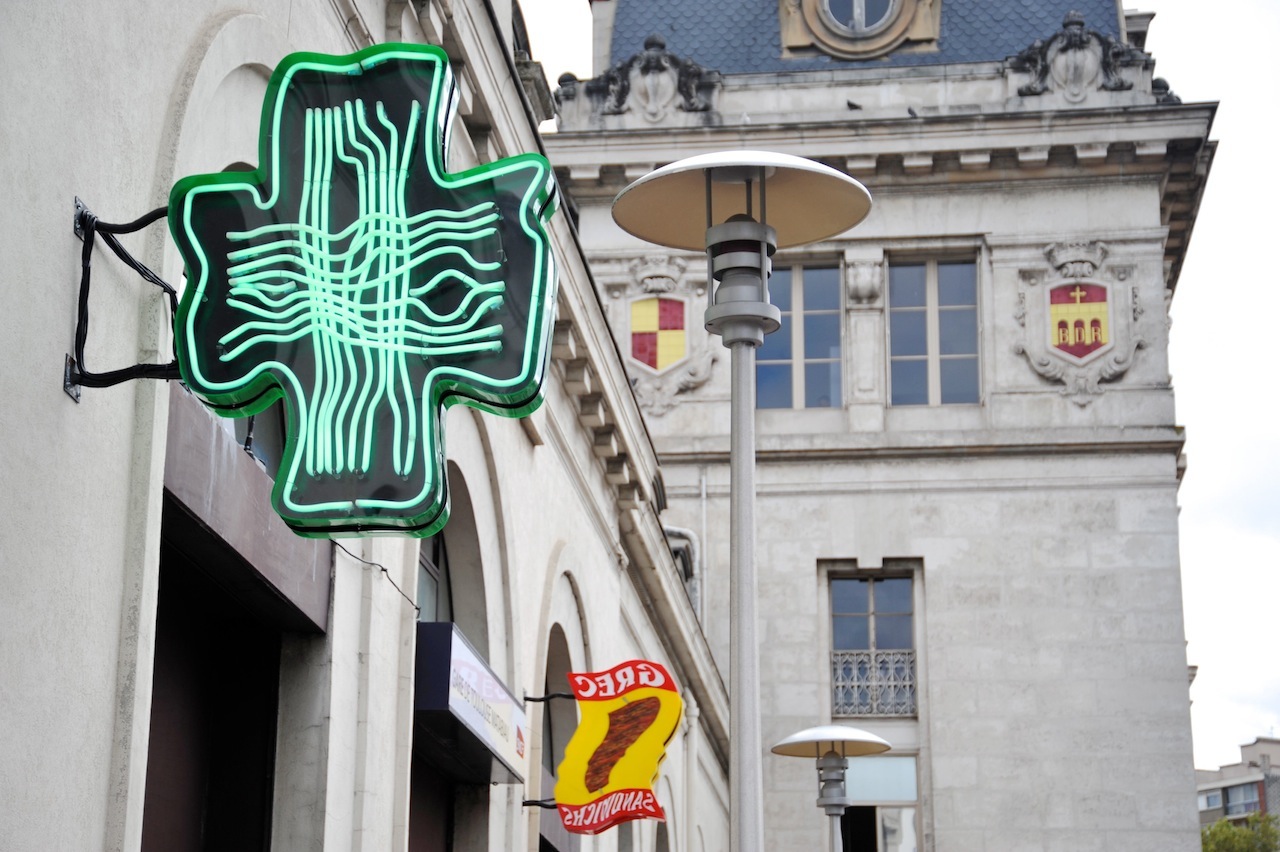 From 20 September 2013 to 5 January 2014, visitors to Toulouse Matabiau station will discover Les Reflets by Franck Scurti, 10 illuminated signs installed on “Departure”, “Arrival” and “Quai n ° 1” facades of the most visited public place in Midi-Pyrénées region, with traffic of nearly 10 million passengers per year. An eleventh sign is placed on the facade of the Multimedia library from Abattoirs / FRAC Midi-Pyrénées, as a “breadcrumb” linking the station to Les Pleiades exhibition.

Presented on their creation for Printemps de Septembre in 2004, thanks to a public commission co-produced by the Ministry of Culture (Delegation for Visual Arts), the City of Toulouse and Electricité de France Foundation, now integrated into prestigious public and private collections, Les Reflets by Franck Scurti are returning to Toulouse, in the most popular place, such as the signs of these shops which are sometimes already in the station or nearby.

Two mediators are present in the station to grasp what this project and these works “reflect” for passers-by and travelers, our society and our lives.

This event is the first in which the company has participated as an official partner since the death of its Founder President last July.

In her tribute to Pierre Fabre, Aurélie Filippetti, Minister of Culture and Communication, recalled “the man of heart, the man of action, the great patron [that he was] elegantly and discreetly “at the service of the cultural influence of his region of origin.

For Laboratoires Pierre Fabre, everything started with a pharmacy place Jean-Jaurès in Castres in 1951.

For Franck Scurti, it all began with the reflection of a pharmacy sign in a puddle in the early 2000s …

Beyond the wink of the Green Cross, there are many resonances between the contemporary creation supported by the FRAC and the values to which Pierre Fabre has always attached the highest importance: the quest for the beautiful, the exploration of new concepts, taking risks to implement them and the will to share them with the many. 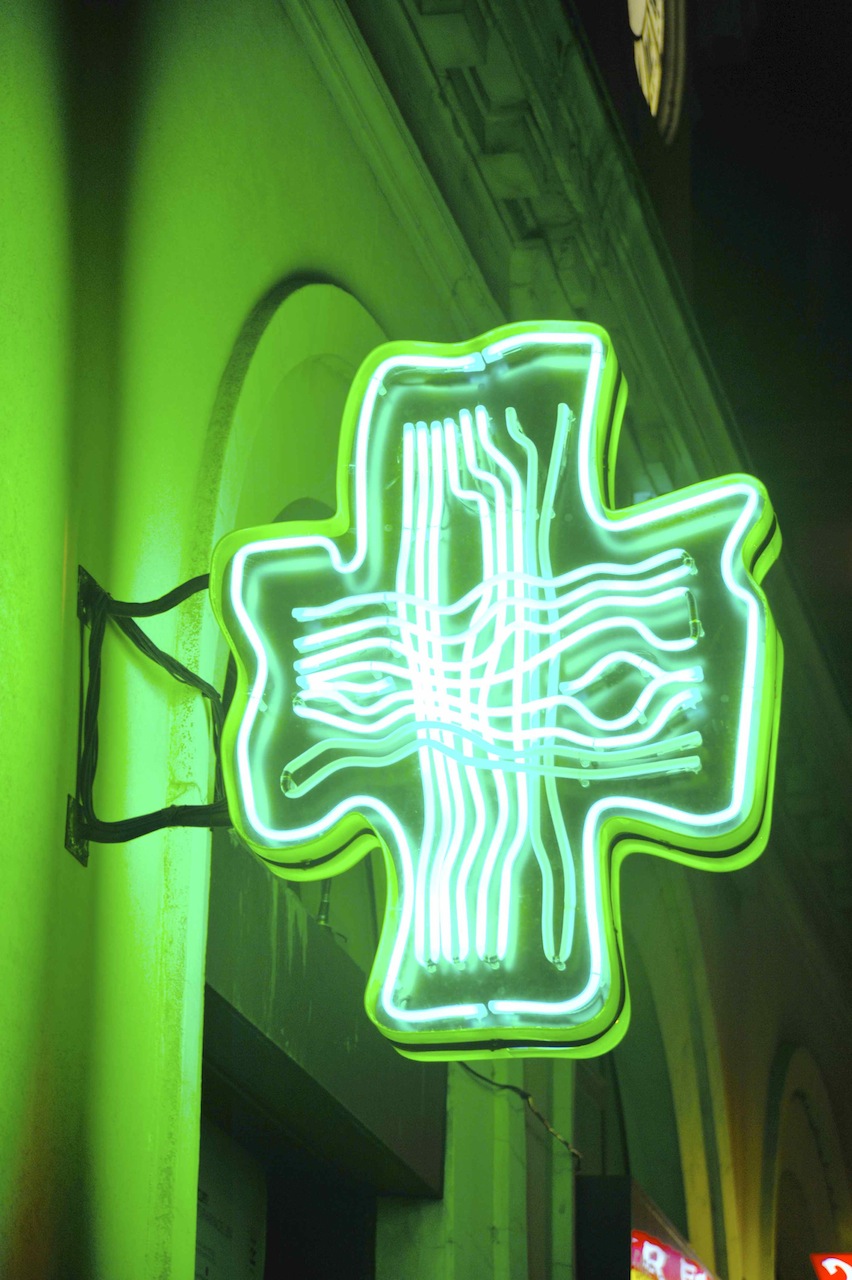 These Reflets (Reflections), of which ten are installed at Toulouse Matabiau station and one on the facade of the multimedia library of the Abattoirs of Toulouse, present themselves as so many signs, almost identical to those that punctuate our streets: the pharmacy cross , The glasses of the optician, the kebab dealer … But looking at them more accurately, they are not quite ordinary.

“Les Reflets are representations of luminous signs. I called them like that, because they are slightly deformed, a bit like when you see a form in a puddle of water, but here, this perception is frozen, solidified. I created a distortion between the object and its representation, trying to make appear the duality of the dream and the real. (Franck Scurti, Home-Street Museum, Paris, Presses du Réel, 2010)

A look at history

In 1720, Jean-Antoine Watteau painted for Edmé-François Gersaint, paintings merchant, a famous trademark, which at that time attracted the whole Paris. In 1960, Marcel Duchamp placed a tobacco sign on the facade of the d’Arcy Gallery in New York, symbol of the Surrealist Intrusion in the Enchanters’ Domain exhibition and cover of the catalog of the same name. Franck Scurti also revives with a poetic obsession of the artists, already present in the famous Van Eyck’s portrait of the Spouses Arnolfini (1534): the reflection. Through this artifice, the painter includes the viewer in the painting. All the subjectivity of our gaze is in a mirror …

A look at our society 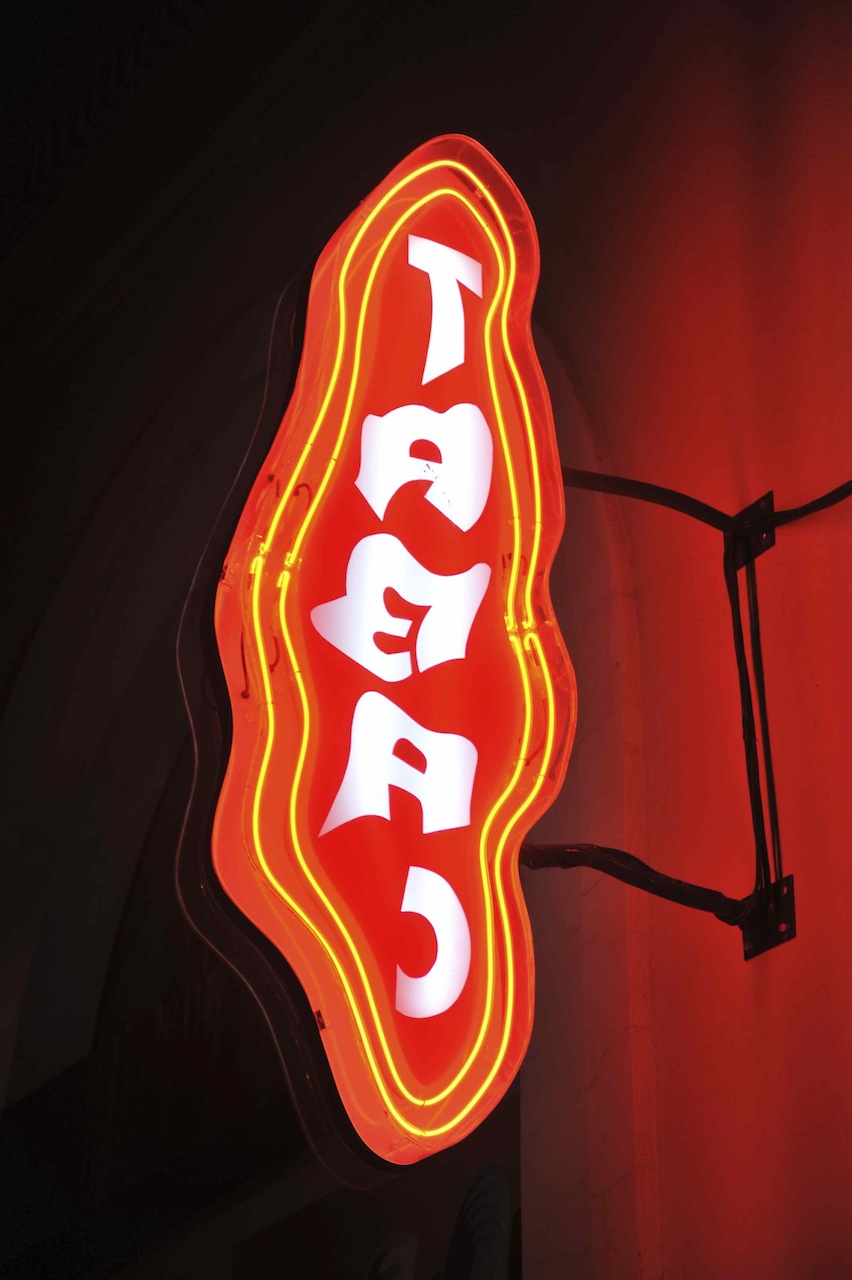 For Franck Scurti, “these are familiar signs, which everyone knows and which make it possible to understand that this is a message about the material world of today”. Be informed (Press), be fed by diversity (Kebab, Halal Butchery, New Hong Kong), better see the world (Optician), take care of ourselves (Pharmacy) … our culture of a now global consumption finds here the Reflections which everyone will want to see, mirrors of our society and our lives.

“Satirical, poetic and political, far from the pure exercises of style, each work has a subject, a target, a victim. It proposes to those who stop before to become aware of the habits and emptiness of our contemporary world, viewed from the point of view of value, which art ordinarily has the good taste to ignore”.
(Philippe Dagen, “Franck Scurti changes the banal into art”, Le Monde 27/07/11).

Numerous exhibitions have been dedicated to him, including Center Georges Pompidou (1993), Palais de Tokyo (2002), the Liverpool Biennale, the Magasin Grenoble (2007) and the Museum of Contemporary Art in Strasbourg (2011).