Jocelyn Cottencin, Oxygen consumption is différent from one individual to the other, Rennes station, Summer 2013 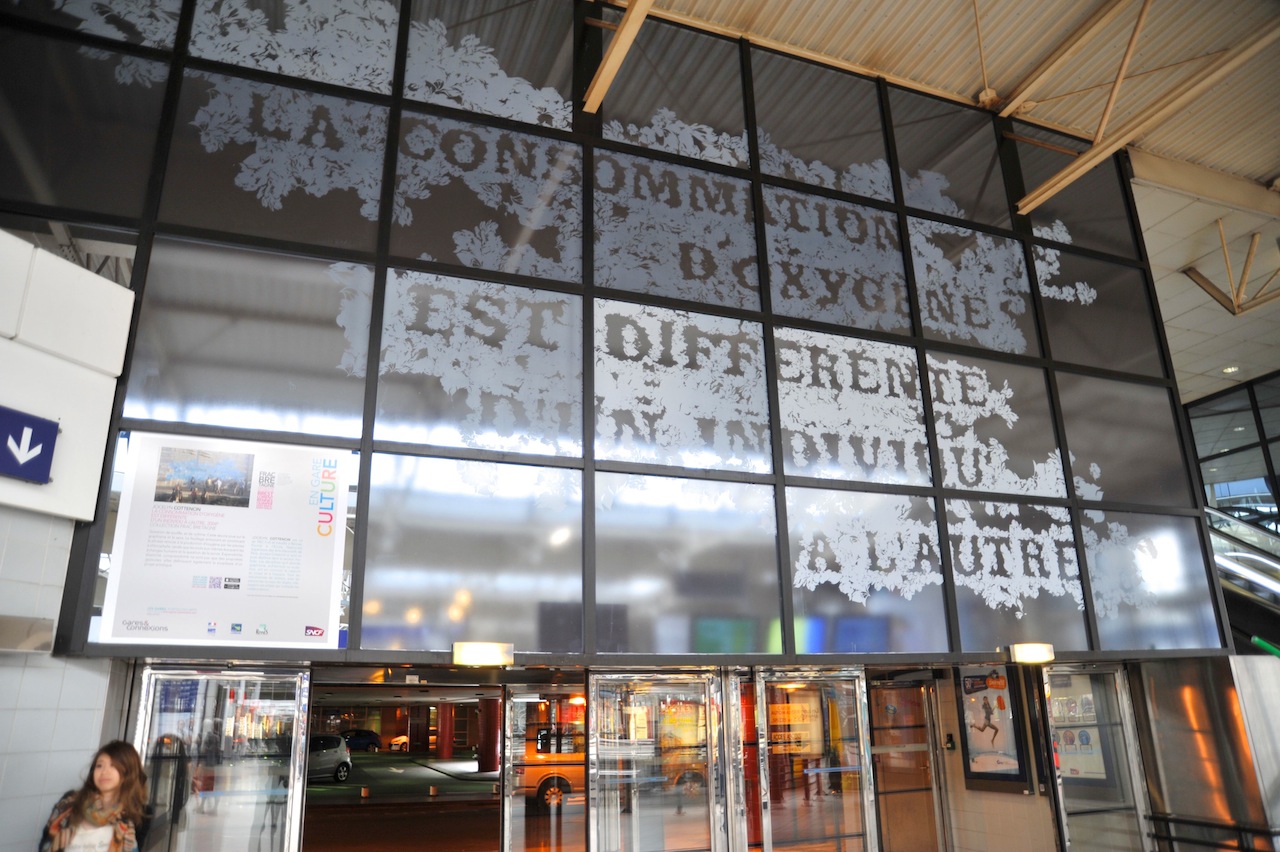 Monumental illumination or contemporary fresco, the work presents itself as an inverted graffiti and reveals letters in reserve on a vegetal background. It is thus the wall itself which transpires and composes a message: “The consumption of oxygen is different from one individual to another”.

Conceived in an adhesive cut from a digital model, this work is the result of a performance realized in situ, with chalk, from which there are still photographs. For Jocelyn Cottencin, graphic design is an “expanding organic matter”, a metaphor for nature that comes back to the onslaught of all human construction. The typography of letters, Floréale, was invented by the artist in 2003.

An art from the street, an art for all: this is what Hector Guimard seeks when designing his famous entries of the Parisian Metropolitan. On a background of architecture with vegetable forms, letters stand out for the first time in a typography accorded to this idea of organic proliferation. One of the origins of graffiti ?

“The consumption of oxygen is different from one individual to another”: the fragility of nature and the singularity of the individual are suggested in these few words. Introduced in the station, symbol of urbanism by excellence, place of all breaths, the work questions here our relationship to the environment and to others.

Born in 1967, lives and works in Rennes. Fellow from Ecole Nationale Supérieure des Arts Décoratifs in Paris, he combines photography, video, installation and graphics and introduces art in open and moving public spaces.