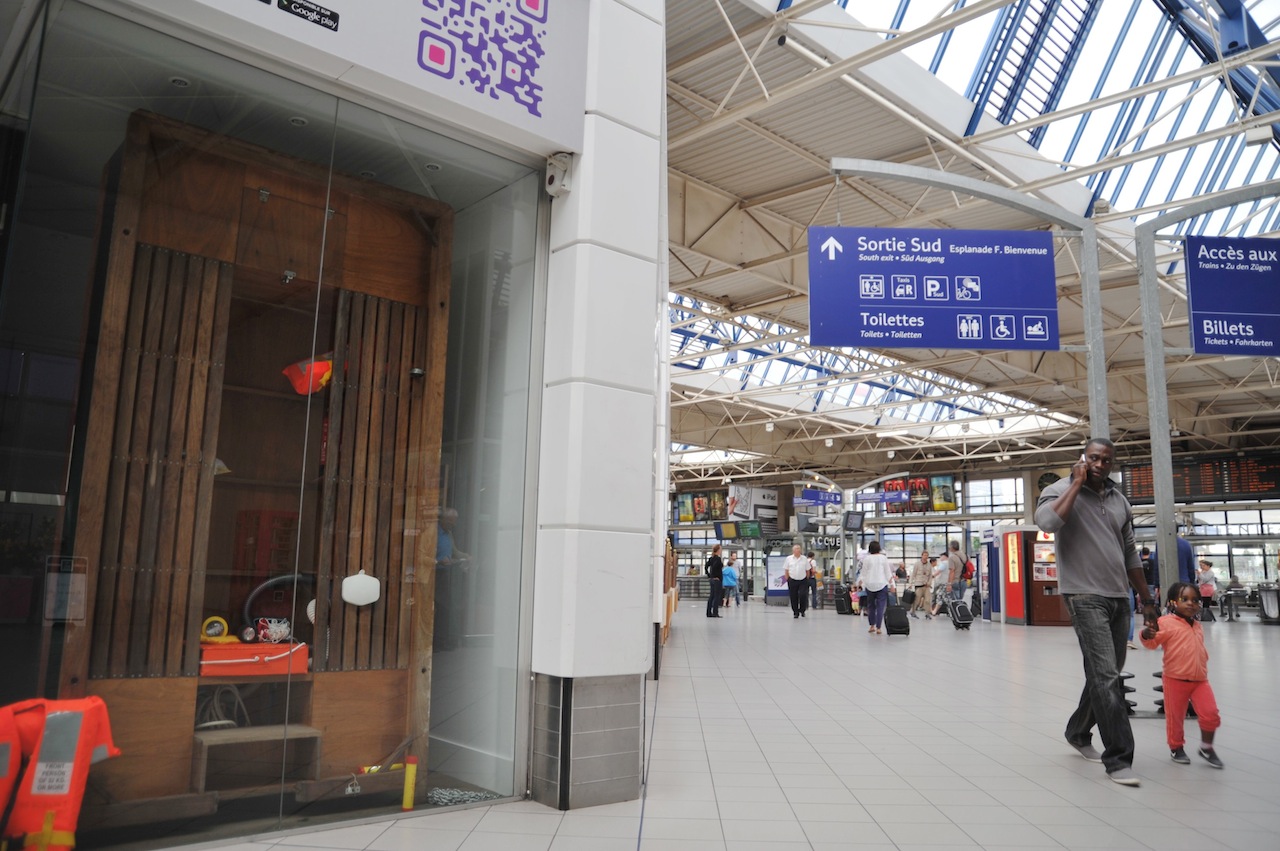 Olivier Tourenc flips a wardrobe horizontally and fitting it, transforms into a boat. The artist thus revivifies an ability of our childhood: that to transform the smallest object of everyday life into a marvelous thing. To us stars riding on a sweep …

By fitting this wardrobe into an homologated and registered boat since 1993, sailing it from the Cape Verde Islands to Martinique French Caraibs, he gives this usual object a real history: “The wardrobe brings art to the everyday, precisely because it sails, it tells things, there is an idea of nomadism, of potential departure, but it does not remain theoretical, it is a real experimentation.”

Let art descend from its rails and walk in the street ; many artists have made this crazy bet, like Fernand Léger who works in 1954 on a model for a kindergarten, and then publishes a provoking article : “It would be placed by the sea, children could pass, run through or spit on it gently … not a monument that one looks but a useful and spectacular object in life, and especially no guard around ! “.

L’Abrestoise is a beautiful demonstration of the power of utopia on reality : the engineer is here artist, and the artist engineer, making ourselves modern Robinson Crusoe.

Born in 1964, lives and works in Marseille. After an hesitation between the practice of sailing and the one of art, he decides not to choose one or the other ! His famous wardrobes-boats made him a “navigator of art”.