Pierre Fabre (detail) in the gardens of the Pierre Fabre Foundation, Castres, 18 July 2014

Born in 1957, Stephan Balkenhol is a German sculptor, living between Meisenthal (Moselle, France) and Karlsruhe (Germany), where he teaches at the Academy of Fine Arts. As Yan Pei-Ming, he developed a dual culture that allows it, from France, to “consider himself differently.” Opposite to the conceptual trends of the time, he reinvents the figurative as a way to “re-learn to watch” in a world saturated with images. The human figure draws particularly his interest, a figuration that he sees both as a “screen and a mirror” : seeing others is also “seeing yourself” and see the humanity in each of us. For Stephan Balkenhol, the choice of wood direct carving prevents “cheating.” And if he chooses bronze for most of his outdoor projects, as here, this is with the same requirement of not hiding anything from the original creation and the trace of tools. 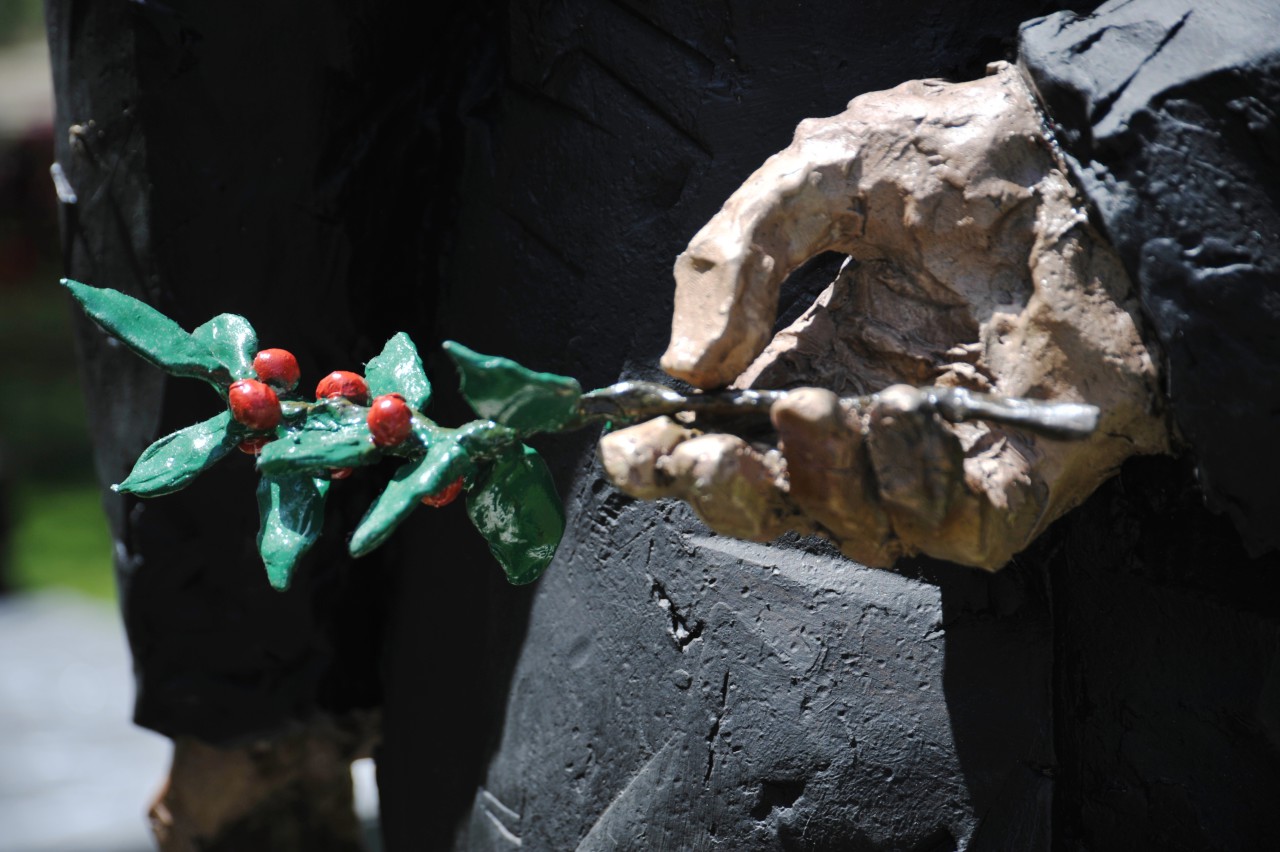 For two years, Stephan Balkenhol has accepted to make statues of historical figures: Richard Wagner in Leipzig in 2013, Jean Moulin in Metz station opened July 10, 2014 by French Minister of Culture. Pierre Fabre so takes place in a prestigious line “a pharmacist who wanted to go further, a researcher loving plants” in the words of the sculptor. The statue is simply attached to a granite from Sidobre, next to Castres, and Pierre Fabre holds behind his back a bit of “holly” ruscus, this vernacular plant from Tarn behind the first specialty of the Laboratory. Serenity, economy of gestures and paradoxically power emerging from the statue serve Pierre Fabre caracter who dedicated “his life to his business, his work, his research, and of course to men and women.” Colors are deliberately sober, “skin with bronze color, raw material”. But this is through them, as with the visible traces of the artist’s gestures, that sculpture expresses its full presence: the statue revives.

SB-VA 1 from Didier Saulnier on Vimeo.