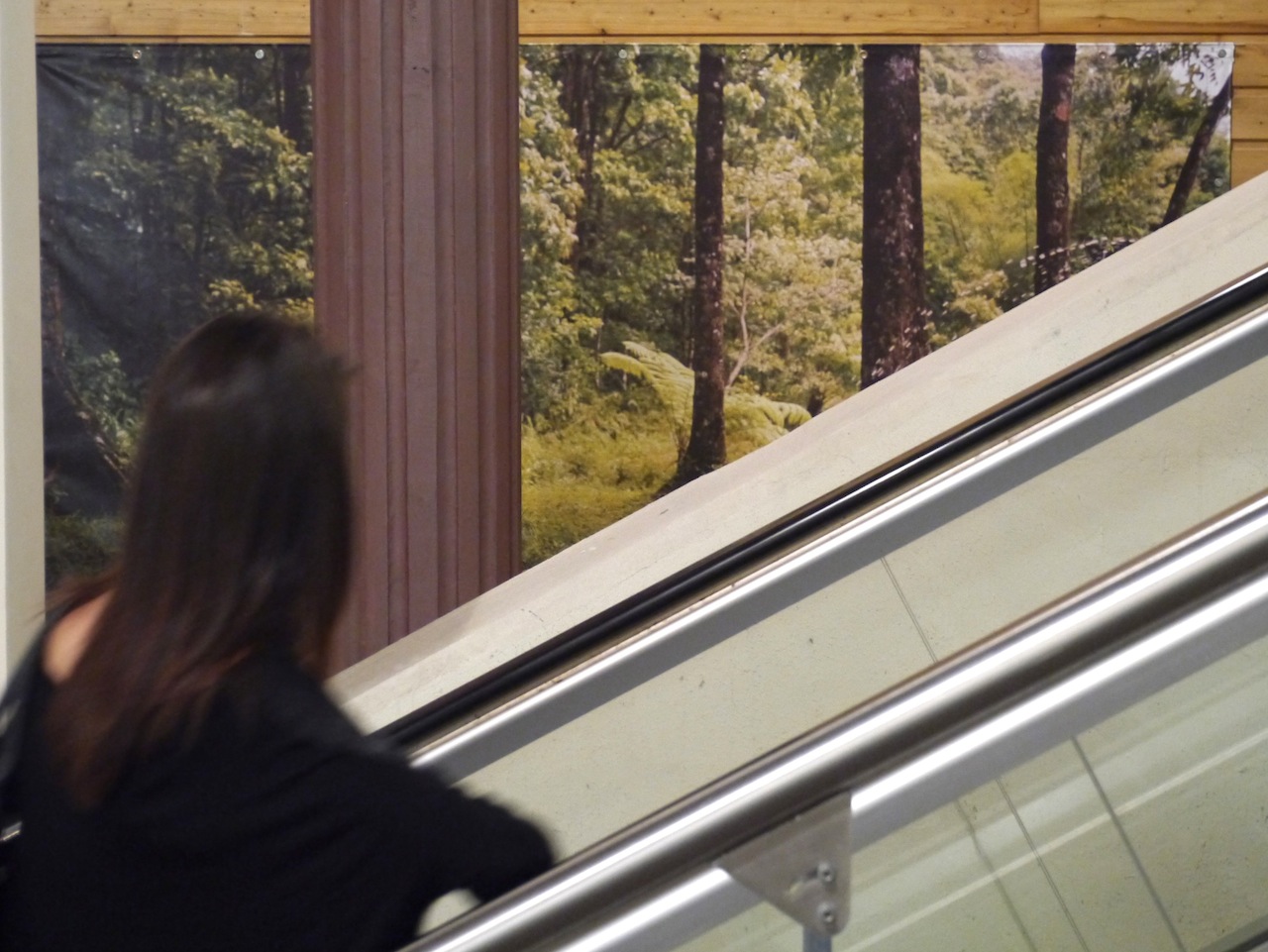 Outdoor sculpture shows a landscape of idyllic undergrowth, bathed in light, where seems to float a soft feeling of quietude. In the middle of this bucolic vision, an incongruous stream crosses the landscape.

Inspired by Fluxus thought movement who advocated for the deconstruction of artistic practices, Erwin Wurm seeks in art the very movement of life. Jet of an invisible fountain or human sculpture ? In the One Minute Sculpture series, Wurm creates living “sculptures”, addressing strangers who agree to play an immortalized performance by photography.

Wurm’s imaginary fountain could find no better place than this station of Nimes, famous for being built on an ancient aqueduct. The irreverence of the image, however, has other roots. Thus, Turner, in London from Greenwich (1809, London, Tate), depicts a bucolic landscape in the great classical tradition. Yet, the romantic sky swept with clouds, is looking better at it, a little disturbing. For it is the factories that produce them, and this great sky is loaded with nothing but smoke from the beginning of the industrial revolution.

“The man who swallowed the world”: this is how Erwin Wurm broke into the contemporary art scene. Behind his sometimes teenage humor there is always a barely veiled criticism of the relation of man to his environment. By the way, who of man or the world will ultimately swallow the other ?

Born in 1954 in Bruck an der Mur (Austria), lives and works in Vienna. Erwin Wurm calls into question sculpture, with its traditional practices and its meanings. He defies the rules by staging familiar images and objects in totally incongruous situations, with the most corrosive sense of humor !