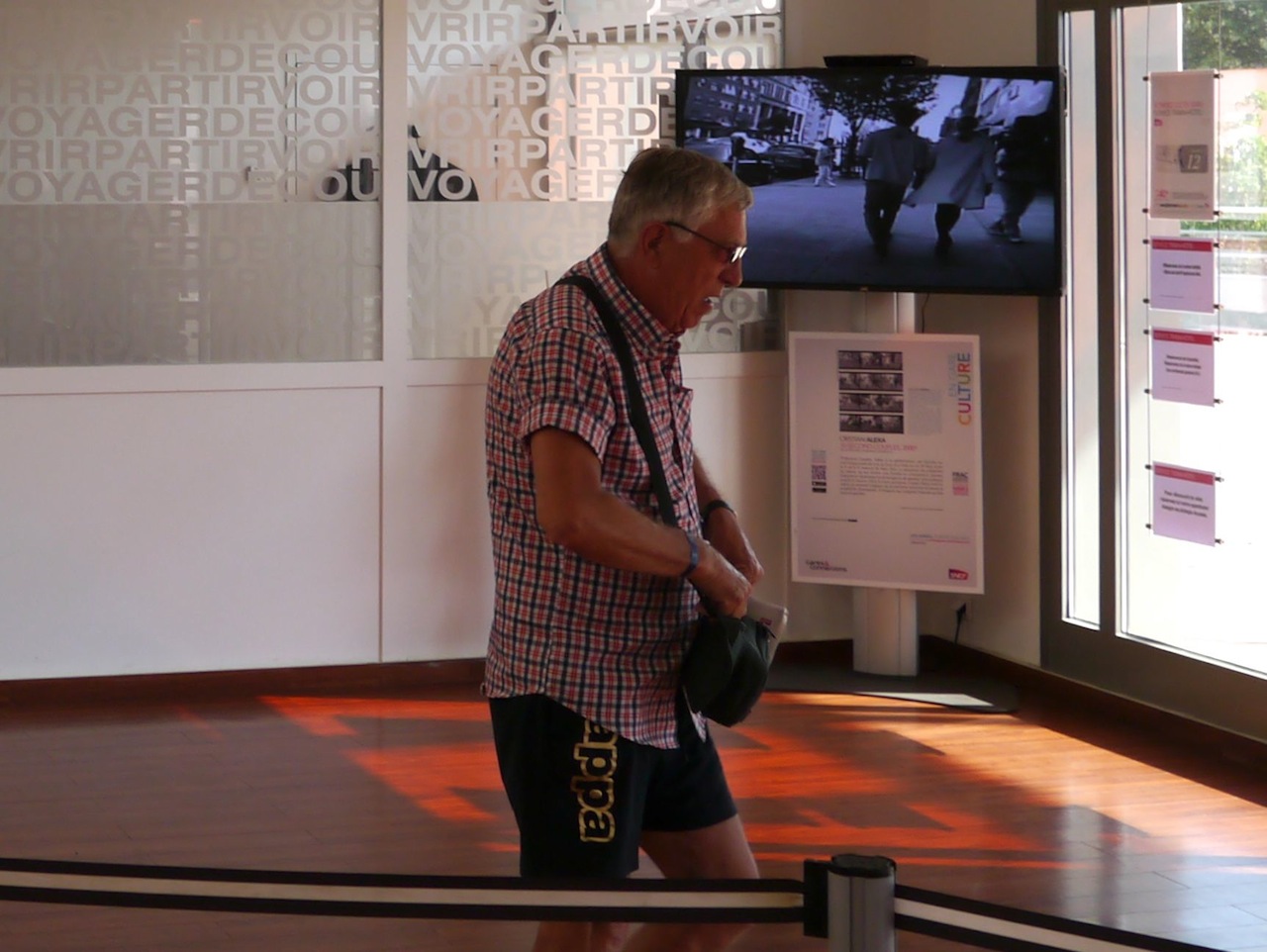 The video entitled 10 – Second Couples is a performance staged in the streets of New York. A young woman filmed from behind takes for a few seconds the hand of passers-by whom she meets at random from the street. It is their reaction that Cristian Alexa films, in the spontaneity of the surprise, without ever revealing the face of his unknown woman.

The choice of black and white dresses the image of a little old-fashioned and charming touch, like old films, while music and image slowly decomposed poetize these sketches. The surprised passer-by is often charmed himself and reveals a spontaneous relationship to the other, against all odds.

How not to mention the “Lubitsch touch” and its famous Shop around the corner ? Or how to fall in love with a stranger ? The incongruous, misunderstanding, illuminate these black and white images, whose plot takes place in Budapest. The misunderstanding around the star couple becomes here a moment of pure happiness, where there is no need to identify this unknown woman who takes you by the hand.

These fugitive meetings, filmed in slow motion, are a sort of snapshot of our society and our relationship to others. The station as a public square is also a vast field of possibilities, the place where so many stories are tied and untied each day.

Born in 1968 in Bucharest (Romania), Cristian Alexa has lived and worked in New York since 1996. After graduating from Bucharest’s Fine Arts, he chose to explore urban space, which he had initially approached through sculpture.