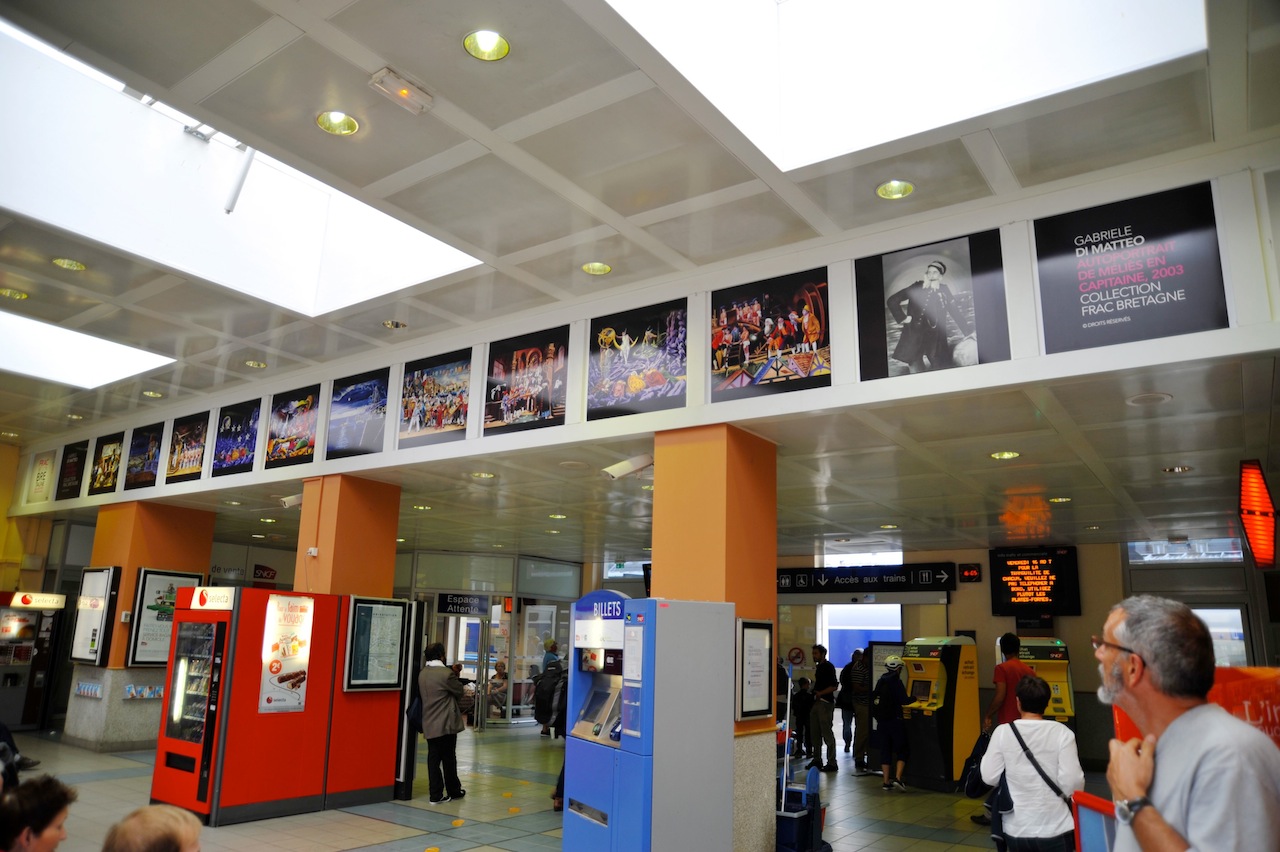 These funny photographs, with a little obsolete charm, are maliciously christened Photos de plateau. The self-portrait of Méliès as a captain substitutes in the same way the portrait of the artist to that of the director, in a photograph of painting. The artist blurs perception: painting or photography ? Old image or contemporary transposition ?

From a very vivid palette – in the different colors of the Méliès film restored by Technicolor in 2011 -, Gabriele Di Matteo takes up characters, sets, costumes and travel accessories in the moon that he assembles in a slightly different composition. Placed as if attending the shooting, the spectator is invited to live, or to relive, these mythical scenes of the 7th art.

By creating Journey in the Moon, Georges Méliès becomes the master of the modern decor in cinema, which will inspire Georges Lucas for Star Wars. Realizing the first fully equipped studio, he invented the first special effects films, controlling the entire process of making these images inspired by Jules Verne. After falling into oblivion with the arrival of the talking cinema, Georges Méliès runs a toy shop at Montparnasse station in the 20s … An incredible story told by the film Hugo Cabret by Martin Scorcese released in 2011.

Today, as the man walked on the moon, sent a robot on Mars and pierced the first mysteries of the birth of the universe thanks to Planck satellite, Selenites and Martians have not yet shown … which doesn’t prevent researchers from always scrutinizing the universe, and sending messages, just in case …

Born in 1957 near Naples, lives and works in Milan. The Italian painter works from portraits of famous characters (Mozart, Machiavelli, Arafat, Duchamp …) found in books, newspapers and prints, which he transformed into painting and then into photography. Thus series emerge that question the status of the image in the era of its reproducibility.