In the lead up to the 2015 Paris Climate Change Conference / COP 21 of the United Nations Framework Convention on Climate Change (UNFCCC), major contemporary artists from around the world are mobilizing action around climate change and desertification through art projects to be displayed in public spaces of “Greater Paris”, stretching from the Paris city center to the Conference site, in Le Bourget.

During the event, a charity auction of artworks from the art projects will be conducted by the premier International Auction House, Christie’s, together with the United Nations Convention to Combat Desertification (UNCCD), in support of actions against climate change and desertification.

Sustainability driven corporations are being approached to support each art project and artwork production for the event.

2 steps in the initiative: mobilization, then action 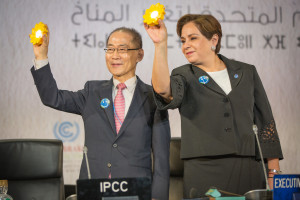 The initiative keeps on going : for COP22 Opening Ceremony in Marrakech, 2000 Little Sun have been offered by COP21 President Ségolène Royal to the official delegates of the 195 represented nations.

The site dedicated to the initiative