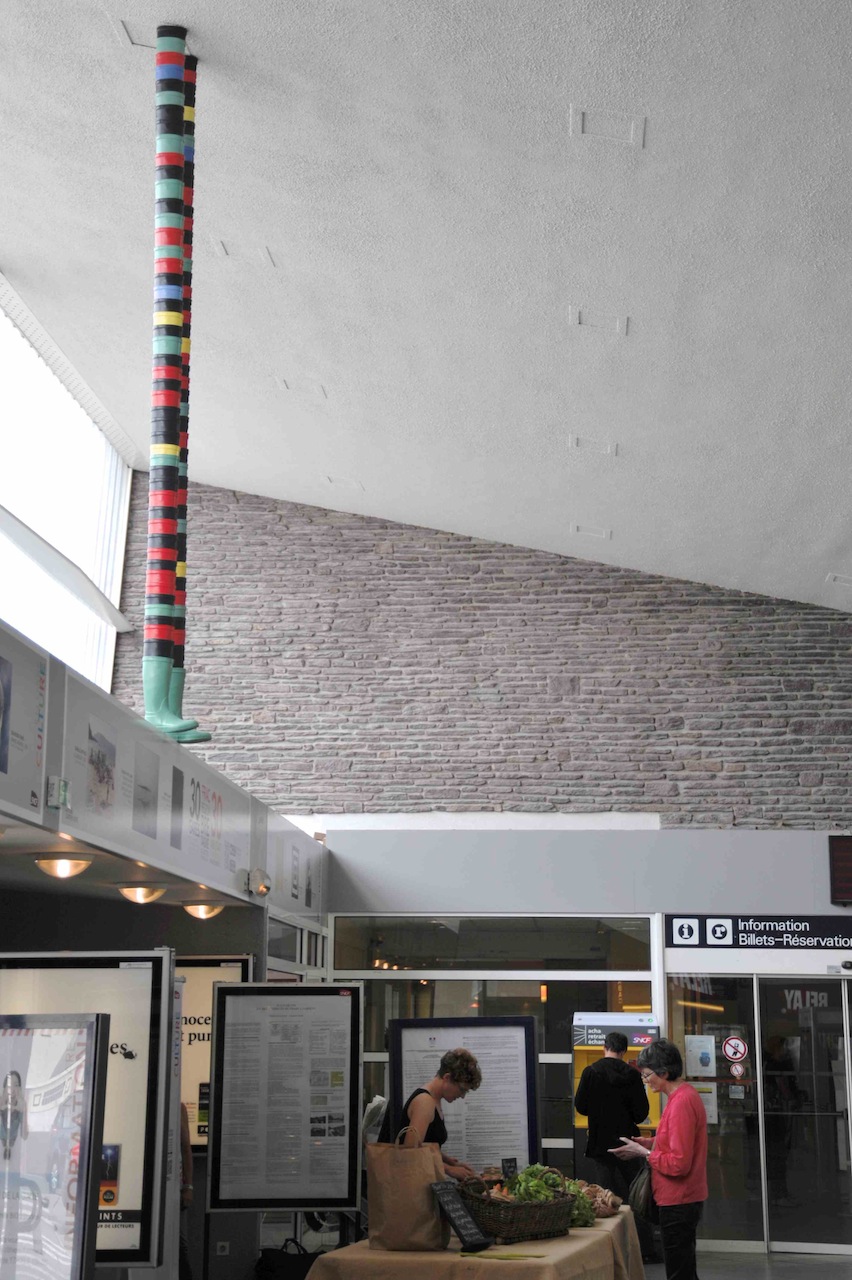 From far away, these are 25 rubber boots nested in each other to reach a height of 4.20 m ! Striped and cheerfully colored, these boots of seven giant leagues awaken memories of childhood and balads to the port or the beach. They also evoke the repetition of the same gesture every morning, before the departure for fishing.

Closer, the work reveals another nature : a resin molding dyed in the mass composes this incongruous object, between sculptural practice and pop object. Étienne Bossut is the anti Duchamp : an artist who creates a work that resembles an object and not the other way around. By this shift, we look at the familiar world with a tender and amused look, we reconsider it.

The work is also a tribute to André Cadere, the famous walker with a stick of many colors. This unclassifiable artist “forgot” this unexpected object in all the museums of the world. The work, descended from the rails, thus made familiar, could be grasped by the first comer who was making this strange and attractive thing his own.

Every morning is a nod to the tradition of perennial fishing in Brittany. Here in Lorient, the city with the 5 harbors and the 2nd fishing harbor of France, the work is also tinged with a special tribute to the workers of the sea, “every morning” on the bridge.

Born in 1946 in Saint-Chamond, lives and works in Rennes (35). He carries out plastic moldings of everyday objects and carries an amused and staggered look at the industrial society and its mode of production in series. Widely recognized on the European scene, he has exhibited at the Villa Arson in Nice and at the Musée de l’Elysée in Lausanne.