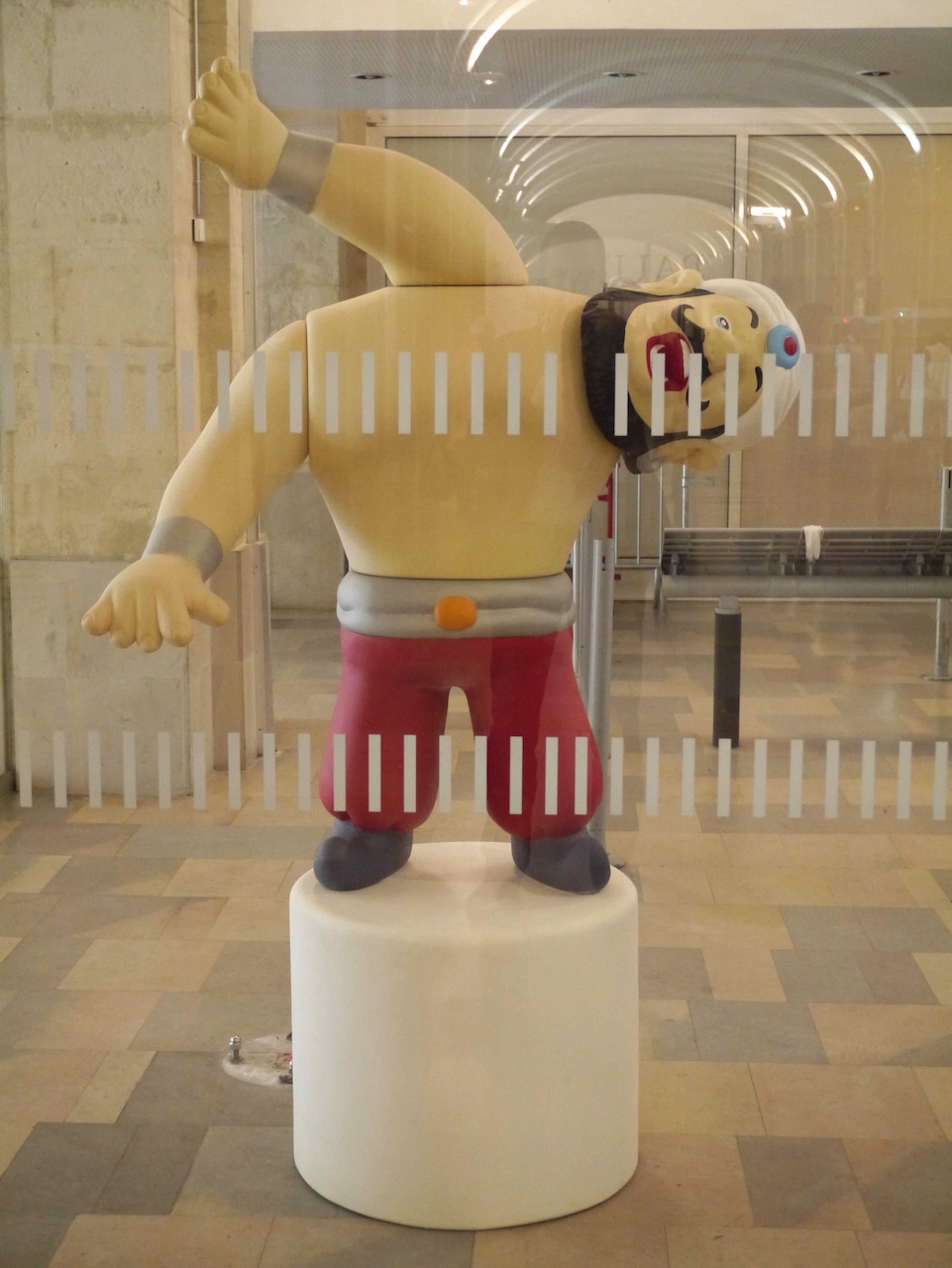 Placed on a pedestal, a human-sized “wizard of the lamp” presents to the audience its members inverted and assembled in a grotesque manner. The contortionist takes up, on a monumental scale, the mythical image of the 1001 nights of our childhood, crossing it with this wooden toy, miniature puppet mounted on a small pedestal that disarticulated under the pressure of the thumb, from below.

This toy for children, of which one could invert arms, legs and head, upsets the traditional image of the carved portrait, bust or foot, on a solemn basement. In the station, it carries the image of a world upside down, and its agents who “fold in four” to provide the best service to travelers.

The artists of American Pop Art were first inspired by popular culture to dismantle the idols of the Fine Arts, and bring art to life. The first to enlarge and divert objects, Claes Oldenburg provokes: “It is necessary that the painting which has so often slept, in gilded mausoleums and in coffins of glass, gets out to take air, smoke a cigarette, and drink a beer. You have to ruffle it, make a bike ride, or get a taxi with a girl. ” What is also true with the sculpture !

Taroop & Glabel plays with human nature, influenced by the flood of images that bombard us daily: from the media, mass consumption, cultural heritage, even our political and religious beliefs, emblems of our Society clash with humor and jubilant derision.

Collective of artists founded in 1993. Taroop & Glabel experiences all mediums (drawings, collages, sculptures, editions of books …) and takes an amused and critical look at our systems of values and the consumer society.