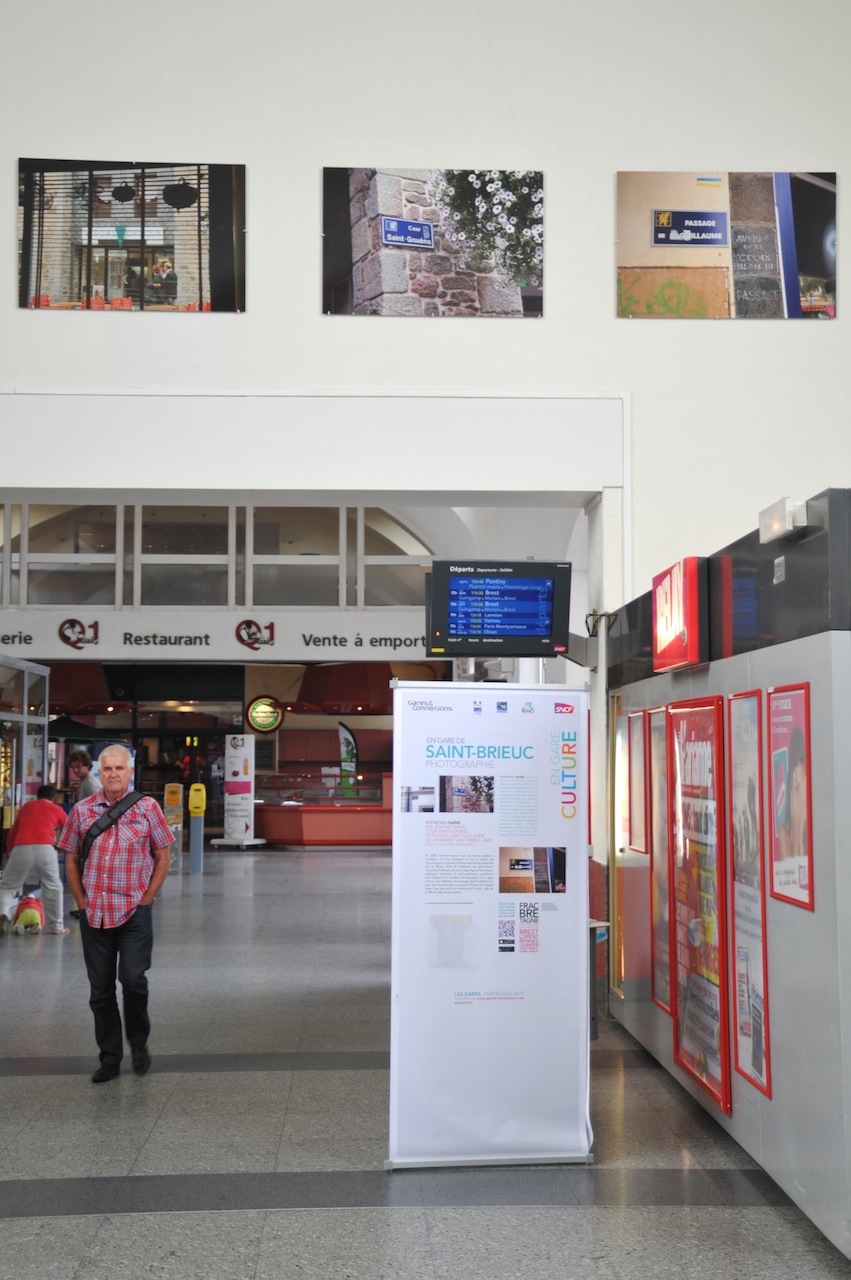 The artist makes here a series of shots of symbols and emblematic places of the city of Saint-Brieuc. Out of context, the motifs he captures with his camera become real graphic signs and fragments of memory.

In 2003, Raymond Hains returned to the scene of his childhood at the invitation of the FRAC Britanny and Galerie du Dourven for the exhibition La Boîte à fiches. Collecting “coincidences, wires, stories, visual signs”, the vagabond artist invites us to a walk in his own memory as in the meanders of the city.

This creative wandering, the photographer of Hungarian origin Brassaï passionately practiced it. Settled in Paris in the 1920s, he became the nocturnal eye of the city, collecting the signs inscribed on the walls, writings and other graffiti. He hoped to gather together, through his own vagrants, a collective memory.

Like the Madeleine of Proust, Raymond Hains evokes, through these photographs, childhood memories, a singular but familiar universe, peopled by all these little moments that make each of our lives an intimate and tender photo album.

Born in 1926 in Saint-Brieuc (France), died in Paris in 2005. Raymond Hains, a French visual artist, was a member of the Nouveaux Réalistes, which appeared in the 1960s. His works abolish the boundaries between the most learned cultural references and places, people and things of ordinary life.